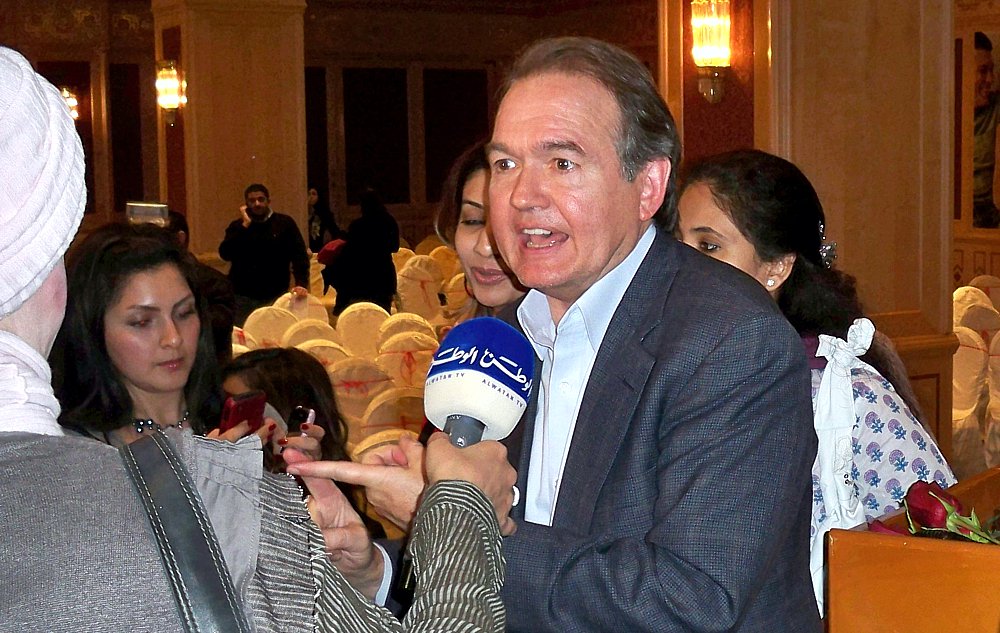 In completion of the successful series of lectures and seminars that were organized during the last year. BlueLink Business and Vigor-Events hosted John Gray Ph.D.; John Gray Ph.D. the author of 15 best-selling books, including Men Are from Mars, Women Are from Venus, the number one best-selling book of the last decade. In the past ten years, over 30 million Mars and Venus books have been sold in over 40 languages throughout the world.

John Gray gave an interactive lecture for the first time in Kuwait and the Middle East, where attended more than 500 people from various segments of Kuwaiti society which was held on Tuesday, February 1, 2011 from six o’clock until nine pm at the Crown Plaza.

An expert in the field of communication, John Gray’s focused to help men and women understand, respect and appreciate their differences in both personal and professional relationships in two successful events; “How to Get What you Want at Work” and “Men are from Mars, Women are from Venus”. The events.

John Gray spoke about his personal experience for some of the discrepancies discovered by the world of men and women’s world and how the millions of people every day looking for a partner to experience the feeling of love;  .. And millions of married couples who married every year with love and romance then painfully separated because they have lost that sense of attraction. Among those who managed to retain the love remains only 50% are married … Among those who stayed with each other there is a possibility that the other 50% of them are not satisfied, but they stay together as a result of loyalty and obligation or as a result of fear from new start. Very few people really are able to grow in love, however it is really happening when men and women be able to respect and accept their differences, here are an opportunity to flourish love.