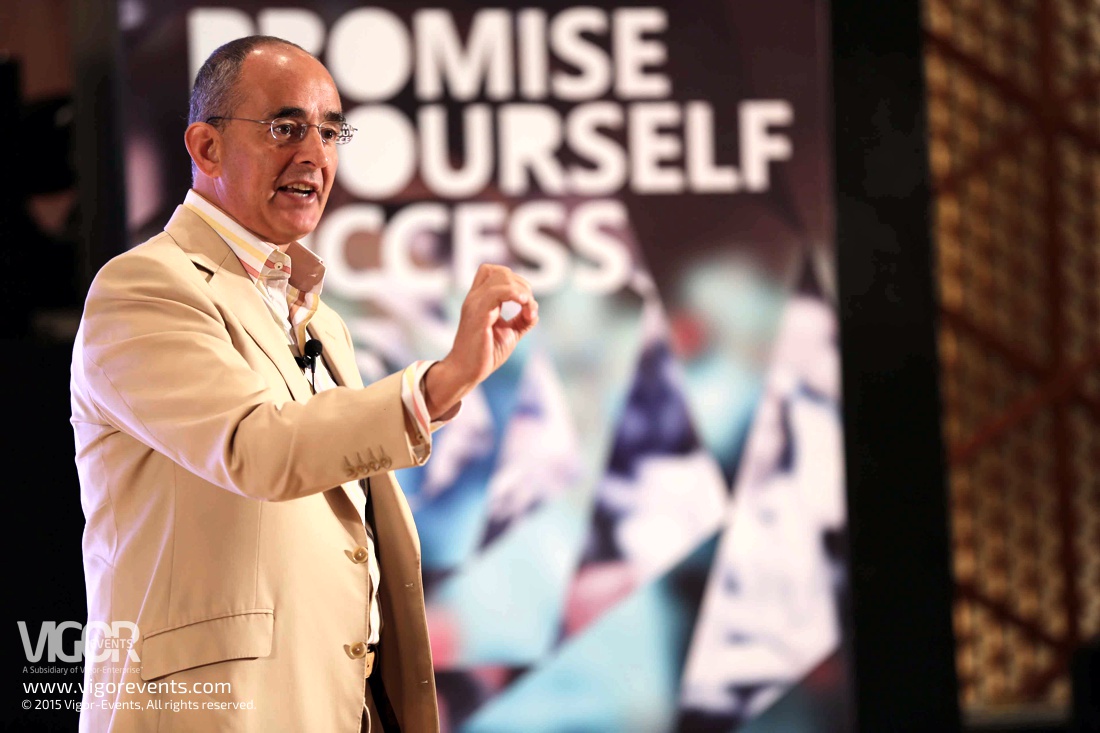 Vigor Events brought to Kuwait global pioneer in strategy execution – Robin Speculand – who is driven to transform organizations around the world by guiding leaders through their strategy execution challenges. Keeping in Line with this year’s Knowledge Cub Leadership Initiative, Robin’s topics focused on Strategy Implementation providing leaders with the understanding, tools and templates to succeed where so many have failed.

Robin Speculand first conducted a one day seminar – Strategy Implementation for Leaders – on 22nd May 2016 at the Jumeirah Messilah Beach Hotel from 9am to 4pm. This engaging and enriching session provided Attendees with a proven strategy implementation framework for their organizations to adopt immediately.

Based on his international bestselling book “Beyond Strategy–the leader’s role in successful implementation”, this seminar unlocked the secrets of what it takes to implement strategy with examples, videos and mini-case studies.  It also gave attendees a complete framework to guide their implementation journey, with the Implementation Compass™ – a tool which provided them with the structure to make their strategies come alive.

He also conducted a 2 day Masterclass – Excellence in Execution– on 24-25 May 2016 at Jumeirah Messilah Beach Hotel – Messilah Ballroom from 9am to 4pm. This highly interactive masterclass provided attendees’ with the updated thinking, uncommon practices and language required to execute their strategy with excellence. The Masterclass also discussed a very sophisticated case study for DBS bank researched and created by Robin Speculand and Singapore Management School.

A sought-after speaker at strategy and international business forums, Robin Speculand works also as a an adjunct professor at Singapore Management University; he is the author of four books, two of which have become international bestsellers, “Bricks to Bridges–Make Your Strategy Come Alive” and “Beyond Strategy–The Leader’s Role in Successful Implementation”.

Robin has developed several proprietary tools including the Implementation Compass™, which identifies actions in the eight critical areas for Excellence in Execution. In 2013, he founded the Implementation Hub, the first portal in the world dedicated to strategy implementation. It features over 400 resources to support leaders in their implementation journey.

His expertise has been featured in strategy journals, international print and electronic media including the BBC UK & Global, Channel News Asia, CNBC, Financial Times and Telegraph, and Singapore Straits Times.