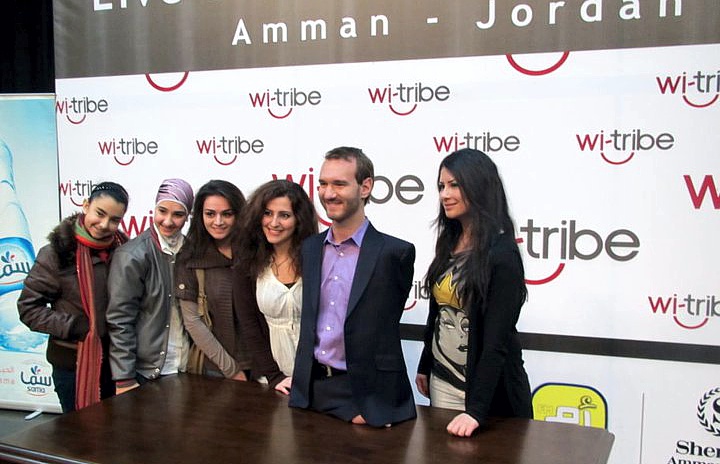 He might be known as a man born without arms and legs but Nick Vujicic, world famous inspirational speaker, touched thousands of people with the moving story of his life.

Speaking to hundreds of audience during the tour organized by Vigor-Events at 5 different countries around the Middle East (Kuwait, Amman, Abu Dhabi, Dubai, Muscat), Nick, who released his book “Life Without Limits” and his DVD “No Arms, No Legs, No Worries” last year, inspired them to be thankful of what they have, dream big, and never give up no matter what challenges they face.

“Keep on trying and if you fail try again. If it’s impossible, there might be something else for you,” he told the audience who were impressed of his wisdom and courage coupled with his humorous personality.

“If you can’t see a miracle, become one. You might be a miracle to someone’s life,” he said.

Nick who has spoken in front of over three million people during his decade-long career as an inspirational speaker has been admired for his positive attitude in life defying his limitations. He does sports such as golf, football, surfing, and swimming ; earned a double bachelors degree; is a president of a non-profit organization ‘Life Without Limbs’ and runs his own company ‘Attitude is Altitude’.