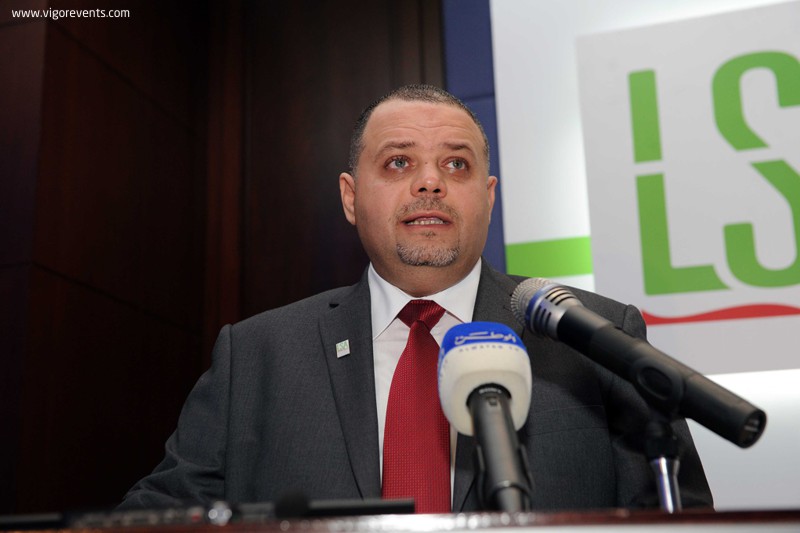 Under The Patronage of the his highness, Sheikh Mohamed Al Abdullah, the Minister of Health;

Anas Meerza: We aim at investing in, and nationalizing, knowledge in Kuwait and the region.

Qais Marafie: If we seek aspiring the level of medical services, continuous medical education has to be mandatory as per global standards.

Mohammed Al Anzi: We have affiliations and partnerships with the most prominent international universities in the field of training and continuous education.

Photo Caption: Guests attending LSA’s opening ceremony with the presence of the Undersecretary of the Ministry of Health and officials of the company.
Kuwait-September 30th 2013 – In a move that reaffirms its role as a key player and a leading developer in the field of healthcare and under the patronage of the Minister of Health Sheikh Mohamed Al Abdullah and with the honorable presence of the ministry’s undersecretary Dr. Mohamed Al-Khashty and Professor doctor Tawfik A.M. Khoja Director General Executive Board, Health Ministers’ Council for Cooperation Council; Kuwait Life Sciences Company (KLSC) has launched Life Sciences Academy (LSA) the first healthcare academy in the region.

Aiming to enhance the clinical skills, practices and knowledge among professional, and providers of healthcare services; Life Sciences Academy is constructed as the first healthcare academy in the GCC to offer a distinguished platform for Continuous Professional Development (CPD) programs for medical practitioners, pharmacists, nurses, paramedics, biomedical engineers as well as executives and leaders of healthcare organizations in Kuwait and the Gulf region.

In His opening speech, Eng. Anas Meerza – General Manager of the National Technologies Enterprises Company and KLSC Chairman expressed his pleasure for the launch of Life Sciences Academy as the first of its kind in the GCC. He also added that KLSC is mandated to medical technology services and innovative investments in the medical sector aiming to transfer it to Kuwait and the GCC region.
Eng. Qais Marafie- Chief Operation Executive in Kuwait Life Sciences Company spoke of the innovative story behind KLSC and explained that adding new training services extends new horizons for the company in the medical sector.  “If we seek to raise the level of medical services, we have to follow mandatory application of the system of continuous medical education as per global standards so as to compel medical staff to certain hours of training every year and provide the relevant tests as a prerequisite for practicing the profession as is the case in developed countries and some of the Gulf states.”
In his speech, the Chief Operating Officer of Kuwait Life Sciences, Dr. Mohamed Al Anzi; told the story of Life Sciences Academy’s birth and mentioned that KLSC launched LSA for professional training of medical staff from doctors, pharmacists, nurses, Biomedical engineers, medical personnel and technicians in various medical fields in addition to providing advanced courses for specialists in First Aid and emergency. For that reason, “we have cooperated with prestigious universities in the United Kingdom, Canada and the United States” he added.  Dr. Mohamed Al Anzi also said that he values the role of the Ministry of Health in Kuwait and its continuous support to the academy and especially throughout the massive expansion of projects in the upcoming years.

The event organized and managed by Vigor-Events and took place in the JW MARRIOTT Hotel and it was mainly organized to announce the launch, raise awareness of the academy’s services and activities, and introduce LSA’s elite business affiliates: King’s College, Birmingham City University, the CPPE in Manchester University, and Cincinnati Children’s Hospital Medical Center; who also discussed controversial topics in the field of healthcare management and services.
The evening was also marked by Mr. George Walter, an international speaker and a business authority with multiple publications, who will address “Critical Effectiveness of Communication”, reinforcing the vital relationship with customers, patients, and the unusual challenges faced by medical professionals.

In addition, key government officials from the Ministry of Health, Kuwait Oil Company, and the Ministry of Defense; together with elite clients and training directors in the private sector were present to witness the birth of Life Sciences Academy.